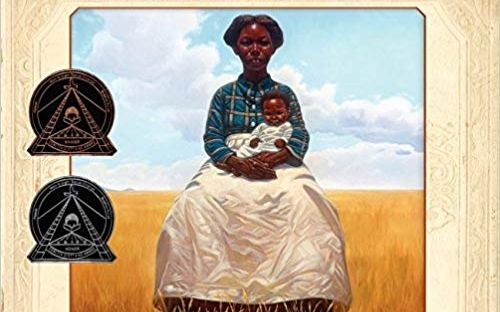 For the last few decades, the United States has celebrated Black History Month during the month of February… why February, you ask? Good question. In 1926, historian Carter G. Woodson proposed a “Negro History Week” to acknowledge the contributions of black figures that were too often forgotten or ignored by textbooks and society in general. He chose the week that included Frederick Douglass’s and Abraham Lincoln’s birthdays, for good reason. The growing publicity and support led President Ford to declare the entire month of February Black History Month in 1976.

Every year, more and more beautiful books are published to help us learn about, honor, and celebrate the stories and achievements of individuals of a race that has struggled and continues to struggle to overcome adversity.

Here are some of our family’s recommendations of some really good reads for the month… (Many of these have been nominated for a Caldecott Medal or received an Honor, so you KNOW they’re good.)  This by no means is an exhaustive list, and I look forward to finding even more throughout the year to add to next year’s post. 😉

Little Leaders: Bold Women in Black History – ages 8-12
Get ready to be inspired by some serious trailblazin’ women! This stunning hardback book educates us about 40 black women, both iconic and lesser-known, who did extraordinary things. Each left page is a mini biography and each right page is an adorable cartoon illustration of that female in her element. What better way to inspire a new generation of young girls than by reading stories of those who changed the world simply by their actions and beliefs? Don’t have a girl in your household or want to inspire her with the stories of men as well…? Perfect! Here’s the version of Little Legends: Exceptional MEN in Black History.

Henry’s Freedom Box – ages 4-8
Please add this picture book to your home library – I believe it’s that important. It tells the true story of Henry “Box” Brown, a slave who grew up and mailed himself to freedom in a wooden crate. Little Henry doesn’t have a birthday (as they were not recognized for slaves). After being separated from his own mother, and then later from his future wife and children, he goes on to become one of the most famous runaway slaves of the Underground Railroad, and bestows upon himself his new birthday – his first day of freedom. This Caldecott Honor book is also featured in 101 Books to Read Before You Grow Up and I completely agree with its inclusion in that list. 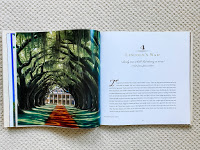 Heart and Soul: The Story of America and African Americans – ages 8-12
This is another fantastic one for the bookshelves, primarily because of the depth it goes to in re-telling a race’s history in an age-appropriate, chronological, and concise way. It is basically a chapter book in picture book form (with gorgeous full-page illustrations that capture the heart and soul of the time period). Written from the voice of an elderly female black narrator, you’ll feel like curling up and listening to the “good and the bad” too, honey. 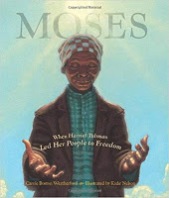 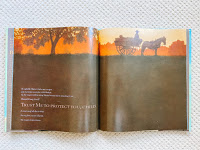 Moses: When Harriet Tubman Led Her People to Freedom – ages 6-10
Everyone should be familiar with the most famous “conductor” of the Underground Railroad, Harriet Tubman. A deeply spiritual woman, she often felt she saw and spoke to God. This is a beautiful fictional telling of her first flight to freedom in a very lyrical and poetic way, before being called to go back and “let [her] people go”. 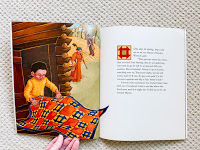 The Patchwork Path: A Quilt Map to Freedom – ages 5-8
Did you know that quilts were a popular means of communication among slaves during the time of the Underground Railroad? This book is based on a story told by an African-American quilter who had held the family secret that had been passed down for generations: quilts were maps/codes for slaves who either dreamed of or dared attempt the dangerous road to freedom. In this tale, Hannah uses her beloved mother’s memento as clues to travel to safety with her father. If you’d like further adult reading on this same subject matter, check out: Hidden in Plain View: The Secret Story of Quilts and the Underground Railroad.

Saint Bakhita of Sudan: Forever Free – ages 8-12
Josephine Bakhita, born in Sudan, was kidnapped and taken into slavery as a young girl. In an attempt at cruel irony, her captors named her Bakhita, meaning “fortunate”. She was sold five different times after that and suffered many physical abuses at the hands of her masters. She was eventually declared free and became a Daughter of Charity helping those less fortunate. She became the patron saint of those suffering from the horrors of slavery and human trafficking and today we can honor her strength on her feast day, which is quite appropriately I think, in this month, on February 8th. If you’re interested in adult reading material on her life, I’ve added these two books to my own reading list: Bakhita: A Novel of the Saint of Sudan and Bakhita: From Slave to Saint. 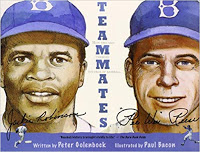 Teammates – ages 5-8
Does your sports enthusiast know the true story of Jackie Robinson, the first black player of the Major Leagues? This picture book gives a little backstory of the Negro Leagues (who had to sleep in their cars when they traveled!) and the talented man who became the first and only black baseball player on the Dodgers’ team. A fellow teammate, one who could actually be replaced by Robinson, bravely told the rest of his anxious and uneasy team, “I don’t care if this man is black, blue, or striped. He can play and he can help us win. That’s what counts.” It is a fantastic lesson to us all that a person’s character is what is to be honored most. 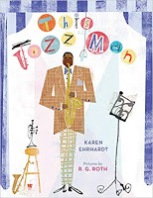 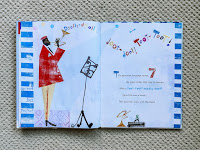 This Jazz Man – ages 3-7
“This Jazz man, he plays 1….” Each page starts with this phrase as the numbers ascend to ten and we get to see various jazz musicians snap, scat, shuffle, tap, and bippity-bop their way in the band. It’s a simple book with collage-style illustrations, but the coolest feature about this book is the back few pages that detail each jazz figure represented. For example, we learn that #2 is Bill “Bojangles” Robinson who liked to tap dance, and that #5 is Charlie “Bird” Parker, legendary sax soloist. This book would be appreciated by any jazz enthusiast. 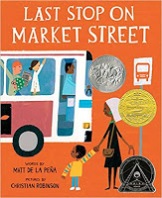 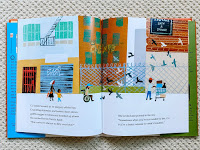 Last Stop on Market Street – ages 4-8
This book is all about perspective… little CJ rides the bus with his grandma after church and plagues her with questions, like why don’t they have a car, and why can’t he have an iPod like the boy across from him, and why is it so dirty where they get off? But his patient grandma offers little words of wisdom in reply. Even the blind man on the bus is able to provide some perspective that makes CJ think of things in a different light. 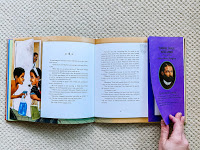 What Color is My World?: The Lost History of African-American Inventors – ages 8-12
If your kiddo is looking for reading material about black inventors, this is a great book to start! Interwoven in the mini-biographies throughout is the story of 13-year old twins and their quest to find inventors who you’ve probably never heard of but whose inventions are quite famous. There is a wealth of information, pictures, and blueprints, that will have your budding scientist/inventor intrigued for hours. 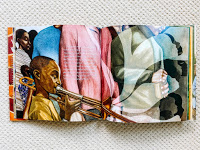 Trombone Shorty – ages 4-8
This autobiographical colorful picture book tells the story of how Grammy-nominated musician Troy Andrews grew up in New Orleans and learned to play the trombone (at age SIX). Today, he headlines the legendary Jazz Fest and started a foundation to mentor high school students gifted in music.

Tar Beach – ages 5-8
Eight-year-old Cassie lives in Harlem, NY in 1939 and often dines atop the tall apartment building with its blacktop roof (“the tar beach”). On this evening, she dreams of flying above the city and what could be. The author wanted to illustrate “flying to freedom” as a metaphor for escaping from slavery. You’ll also notice the incorporation of quilt designs (a nod to the African-influenced pastime during both slavery and antebellum).

Grace for President – ages 5-8
While this isn’t specific to Black History Month, this is a great book to add to your family library especially if you have girls and/or you are lacking in diversity of title characters’ skin color. Grace notices that there isn’t a single female among the many pictures of Presidents of our country and decides to run for president of her school (against a boy). It’s a darling story, with a decent political lesson about electoral votes, which also ends with her stating her dream to eventually be President of the US.

(This post contains affiliate links to Amazon. If you purchase the recommended books from these links, I receive a small commission at no extra cost to you, so thank you. 😊)

“Make every effort to live in peace with everyone and to be holy; without holiness, no one will see the Lord.” Hebrews 12:14 (NIV)

This weekend, I went on my first overnight camping trip with my hubby and climbed Half Dome in Yosemite. He’s an avid hiker/camper and I’m more of what you call “indoorsy”. We hiked roughly 18 miles and I believe I am broken. ⁣⁣
💀 NEW PRODUCTS! 💀 ⁣