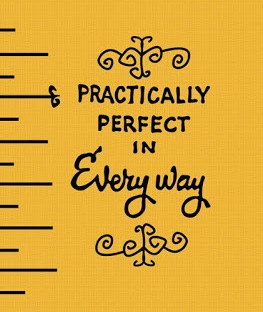 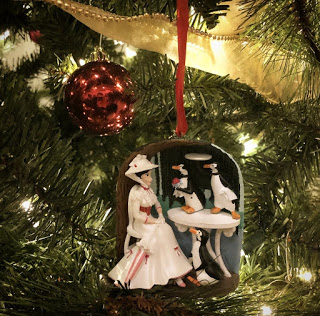 The Disney movie “Mary Poppins” has been a favorite of mine since I was a little girl. I loved the idea of a nanny who spent her days making the ordinary seem extraordinary. She was proper but knew how to have fun. She expected good manners and respect but knew how to teach a lesson with compassion. In addition to my fascination with the story, I was impressed with the special effects that the Walt Disney Company pulled off… i.e. the very first audio-animatronic robin singing on Mary’s finger, and the seamless overlay of real people in an animated world. The score, composed and written by the ever-so-talented Sherman brothers, was something that played in my head on repeat. When I had my first son, I too, lulled him to sleep singing “Feed the Birds”.

This obsession has followed into adulthood as I am drawn to any and everything that’s written about that film and the story surrounding it. P.L. Travers, the woman who authored the series about Mary Poppins was adamant that Walt not make a mockery of her beloved books and character. She was appalled with whimsical additions and interpretations like dancing penguins, which is interesting since she wrote books based in fantasy. I finally got around to reading the first two books of the series (ashamed of myself for not reading them earlier), and I have to admit, I was not a fan. Quite frankly, Mary Poppins is a conceited, rude, overall unpleasant person. It is clear that it is all thanks to Disney that people love Mary Poppins. He was the visionary that plucked her out of some clever scenes in a book and brought her to life with endearing emotion. I especially love how it is revealed at the end of the movie that she was never there to “save the children”… she was there to “save Mr. Banks”. She brought the family back together and returned the joy that was so desperately missing. That, in my opinion, was the piece that was missing from Travers’ books.
In the movie, Mary measures the children and then herself with her special yellow measuring tape. While the children are measured to be “rather inclined to giggle, doesn’t put things away” and “especially stubborn and suspicious”, she is “practically perfect in every way”. I always got a little tripped up on that rather bold description. I adored her confidence but also questioned her humility.

But during this Advent season, as I read about the different names and descriptions given to Jesus, I started to think about how God, our Creator, views us. I remembered this significant verse: “I am fearfully and wonderfully made” from Psalm 139:14 (NKJV) as well as “God created man in His own image” from Genesis 1:27 (NKJV). Here’s another one to think about: “You therefore must be perfect, as your heavenly Father is perfect” from Matthew 5:48 (ESV). Here’s the thing though, the Greek translation of the word perfect meant “complete”. We are made complete– not to be confused with our modern definition of perfection. We must not seek to be perfect in action and quality, or to be without sin; that is unattainable and impossible. We are to seek complete harmony with God, as He intended. We were made to be perfect in the sense of sincerity and uprightness. The word “as” in the verse does not denote equality, but rather likeness. Only God is omnipotent. However, we can strive to be like God, extending love and mercy to others. We partake in His divinity when we love as He loves.
So this has made me embrace that little phrase Mary Poppins declares about herself, but in a different way. Instead of the more common definition of “practically” meaning “almost”, I will think of it as “in a practical manner”. Therefore, it is easy for me to believe that I am realistically and sensibly made perfect/complete in every way, thanks to God’s love and mercy. I encourage you to say that to yourself and believe it!
One last note, if you haven’t seen the newly released sequel, “Mary Poppins Returns”, I HIGHLY recommend it. More delightful lessons abound in that film as well, fifty+ years after the original. And, she repeats that same memorable (and now more meaningful) quote.

I pray you have a Jolly Holiday this year and find more ways to feel complete in Him throughout the New Year.

A dear friend gave me this tea cup and I’ll relish the moment each time I look at the saucer.
“Since we have these promises, beloved, let us cleanse ourselves from every defilement of body and spirit, bringing holiness to completion in the fear of God.”2 Corinthians 1:7 (ESV)

Today is St. Elizabeth Ann Seton’s feast day, or Mother Seton, as she was known by to many. I chose her as my patron saint this year because I thought it was high time I knew more about her. I knew I liked her because she is the patron saint of Catholic schools because she started the parochial school system; I’ve attended and taught at Catholic elementary schools. I knew she was the first canonized American-born saint, and that her first name is my middle name 💁🏼‍♀️, but she’s so much more… ⁣
The Christmas Liturgical Living Wreath is on sale and ready to ship! 🙌🏼 📦 Depending on where you are in the US, it should arrive in time for the first day of Christmas! 👏🏼🎄♥️